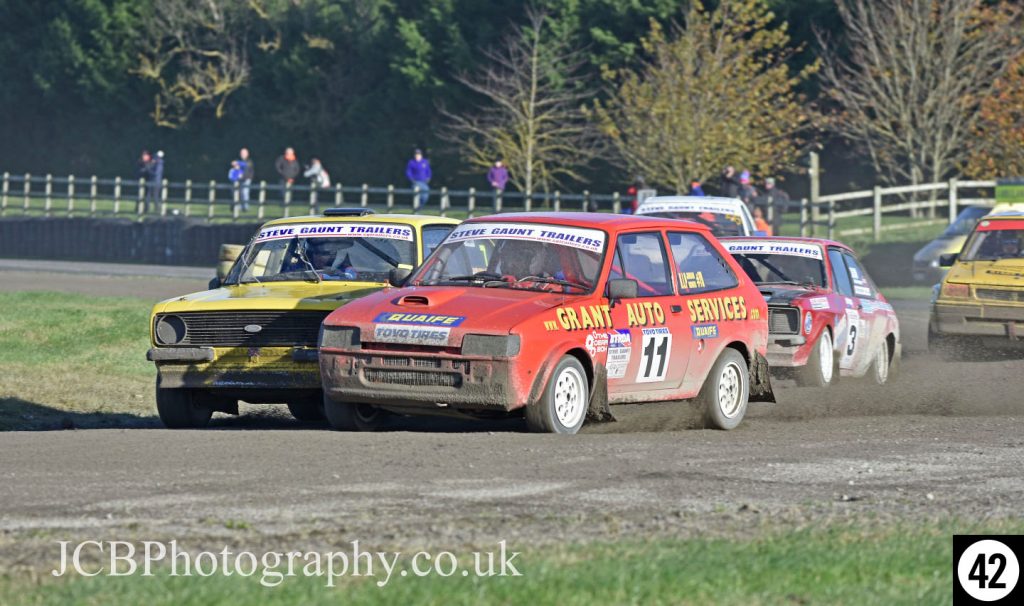 The seventh and final round of the 2017 BTRDA Clubman’s Rallycross Championship took place at Croft Circuit on Sunday (5th November).

Organised by the Darlington and District Motor Club. With just over forty races, followed by several finals and double points on offer for the various classes and the BTRDA Clubman’s Rallycross Championship.

With approximately 80 competitors,  this meeting was one of the largest entries of the year for Rallycross within the UK, also taking to Croft’s rallycross track was a group from Autocross class…

The BTRDA also announced the provisional dates for the 2018 Championship that starts on 25th March at the Blyton Park Circuit. Next year will be over nine rounds visiting Pembrey, Croft, Blyton and maybe even Lydden Hill the home of Rallycross.

Croft on the 28th December 1967 was the second venue to host the new sport of Rallycross, with Darlington and District Motor Club organising that event and on the 5th November 2017 celebrated its fiftieth anniversary of the club been actively involved with Rallycross.

Full results can be found here.

Many thanks to, BTRDA, BARC, Croft Circuit and of course, not forgetting all the marshals and rescue teams without which the event could not take place.

Read More From Chris
Previous Next